WebmasterWorld, promoters of PubCon Dallas are thrilled to announced that social media firm UnMarketing’s influential president and popular Twitter personality Scott Stratten will present a keynote address during PubCon South at Dallas, the premier search and social media conference and expo that will be held on April 13 – 15, 2010. 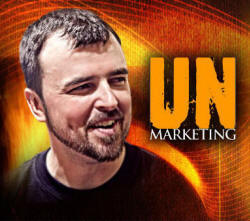 Stratten is an internationally-respected marketing expert who has successfully combined viral and social media with what he calls authentic marketing to form his unique UnMarketing strategy.

Featured recently in publications including The Wall Street Journal and USA Today, Stratten is one of the top influencers on Twitter, and his clients’ viral marketing videos have been seen more than 60 million times, including one the National Football League’s Chicago Bears cited as the team’s biggest motivator as it made a bid for the Super Bowl.

Our PubCon South at Dallas attendees will hear Stratten share some of the “Stop marketing. Start engaging.” innovations that have propelled his rise to social media marketing success, as he prepares for the release of his John Wiley and Sons book, “UnMarketing: Stop Marketing. Start Engaging.”